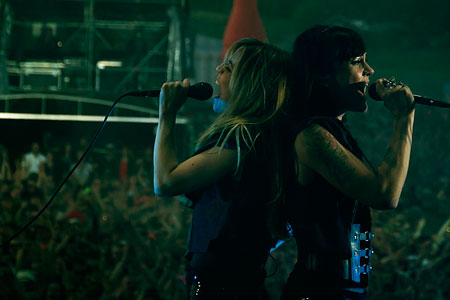 Directed by Arto Tuohimaa, the film closely follows one of the most popular Finnish bands of the 2000’s, covering their last two years on tour, in the studio, and at practice. The intimate moments right before heading out onto the stage as well as the feelings after a euphoric show clearly depict the band members as a family of sorts.

Right from the beginning, PMMP’s line-up has remained the same as well as their self motivated way of creating and performing music; refreshing alternative in a conservative world of pop music. All band members are interviewed in the film along with the lead singers Paula and Mira, who usually stand in the spotlight.