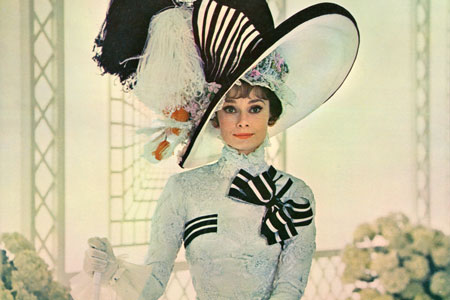 My Fair Lady is the best and most unlikely of musicals, during which I cannot decide if I am happier when the characters are talking or when they are singing. The songs are literate and beloved; some romantic, some comic, some nonsense, some surprisingly philosophical, every single one wonderful.(…)

Eliza’s escape from the “lower classes,” engineered by Higgins, is a revolutionary act, dramatizing how “superiority” was inherited, not earned. It is a lesson that resonates for all societies, and the genius of My Fair Lady is that it is both a great entertainment and a great polemic.