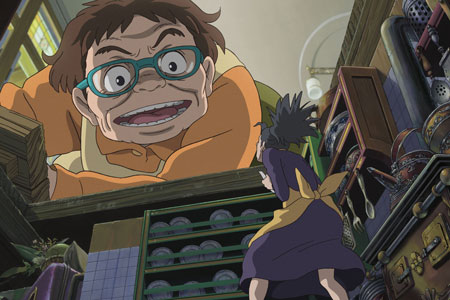 The Secret World of Arrietty

Please note that Pulpettikino screenings are for kindergarten and lower level secondary school classes and have limited amount of tickets in sale for the audience.

[T]he film’s world is both gorgeously detailed and thrillingly realized from the perspective of it’s title heroine and her family of ”littles”, who stand 10 cm tall. The story of her life under the floorboards of a human house, and her friendship with a human boy … all in all, Arrietty is another Ghibli triumph.

Hiromasa Yonebayashi, a top Ghibli animator who did some of the
breathtaking work on Miyazaki’s Ponyo, makes a very dignified
directing debut here, ably drawing viewers into the friendship between a human boy and a girl the size of Tom Thumb.

[Y]et another visually rich and elegantly detailed Ghibli picture, which is guaranteed to delight and enthrall anyone of any age. (…) A beautifully crafted, intimate adventure movie and one of the most visually arresting you´ll enjoy all year.