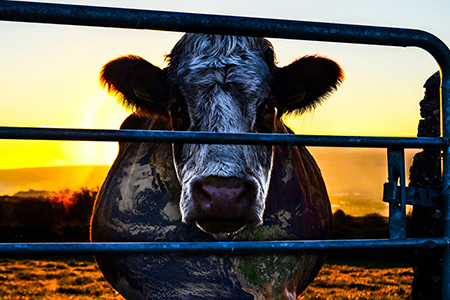 Kuhn and Andersen’s thrilling documentary is a rare gem in environmental film – it poses questions and actually answers them. I watched most of Cowspiracy muttering expletives under my breath. For a meat and dairy eater, whose girlfriend has been known to ask if I “want some toast with my butter,” it’s an eye opener but not in the way you might expect.

Fear not, this is no attempt to shock and shame you into renouncing sin by exposing you to grainy, covert footage of sickly chickens being sucked into a giant mincer. To start with it is a masterclass in documentary film making. Deft pacing, a dry sense of humour and a self-effacing protagonist make it eminently watchable. There’s an engaging simplicity to the narrative and data presentation which is supported by simple but beautiful cinematography.